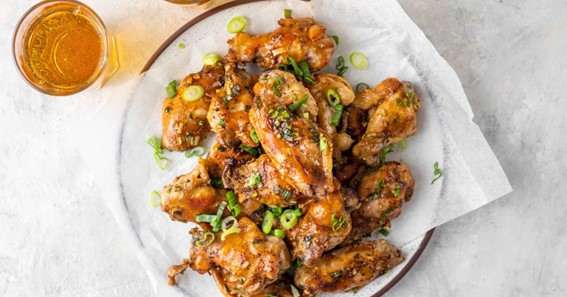 If you’re in the US, you do have quite a few fast-food locations you can visit if you’re in the mood for Americanized versions of Chinese food. The most popular of these fast-food brands is arguably Panda Express, which has sold more than 80 million pounds of the iconic Orange Chicken. Other brands include P.F. Chang, Pei Wei Asian Diner, Leeann Chin, Manchu WOK, and Pick Up Stix.

That list doesn’t even include the many thousands of independent Chinese restaurants that offer lots of treats. And they may also offer terrific chicken dishes that trace their roots back to China. If you’re ever in any of these restaurants and you’re curious about Chinese chicken options, then look for the following Chinese chicken dishes in the menu:

This is perhaps the most popular Chinese chicken dish in the US. If a chicken restaurant only offers a single type of Chinese chicken, it’s probably the Kung Pao. Panda Express has this in its menu (check out PriceListo.com for the menu and average prices), but so does many other restaurants.

Even when foreigners visit China, the Kung pao chicken is perhaps their top favorite among all the dishes available (not just the chicken options). This is a stir-fry dish with diced chicken, along with veggies, peanuts, and Sichuan peppercorns.

This is perhaps the most popular option in the entire Panda Express menu, which attests to just how it appeals to westernized taste buds. Panda Express actually claims to have invented this, as a variation of the General Tso’s chicken.

It’s made with battered chicken, which is then fried with sweet and sour orange and chili sauce. It’s traditionally served with steamed rice, but you’re free to experiment with other side dishes, of course.

With the Panda Express version, you get something that’s a lot sweeter than the original version that came from the Hunan province in China. The subtropical climate with mild winters in that area made it a perfect growing location for native lemons, tangerines, and oranges.

Yes, it was named after General Tso Tsungtang, who was a much-admired Chinese general. But that was probably done just for the name recognition, since the dish itself doesn’t really have any connection with the general in real life.

This is the Guangdong chicken dish that’s a traditional component of Cantonese cuisine. The chicken here is first steamed and then dried. It’s steamed with a variety of different spices, which can include nutmeg, anise, ginger, Sichuan pepper, and cinnamon.

After that, it’s deep-fried in a unique way that allows the skin to remain extremely crunchy, even as the meat under the skin turns tender. Usually, it’s then drizzled with a mix of sugar and vinegar, which promotes even more crispiness to the skin.

If you’re ever at a Chinese wedding feast, chances are good that they’ll serve this crispy fried chicken. Tradition also dictates that it should only be eaten at night, but don’t let tradition stop you from having this for lunch!

This is a classic chicken dish from Taiwan, which offers bite-sized chicken pieces mainly marinated in a tasty mixture of garlic, soy sauce, rice wine, ginger, and various other spices. Then they coat the chicken pieces in corn or potato starch, and deep-fry the chicken pieces until they’re all crispy.

The most common way of doing this is to start with boneless chicken thighs. Traditional versions use seasonings such as salt, pepper, and five-spice. But you can also try more modern versions that use other spices, like allspice, mustard powder, and seaweed powder.

This dish is easy enough to find in Taiwan, where it’s sold as street food. Of course, you can also just make it yourself.

This is a traditional dish from northern China. It’s a prime example of “red cooking” technique, in which you simmer the meat in a soy sauce-based liquid along with various seasonings. You end up with succulent chicken meat that’s so tender it almost falls off the bone.

The most common version of this uses chicken quarters, and it is this version that’s also a traditional dish to serve to celebrate the Chinese New Year. But some other cooks prefer to use smaller pieces, such as the wings, drumsticks, and legs.

The typical accompaniment to Soy Sauce Chicken is a dipping sauce made with chicken stock, ginger, oil, salt, and onions. This chicken is great with side dishes like rice, or stir-fried lo mein noodles. 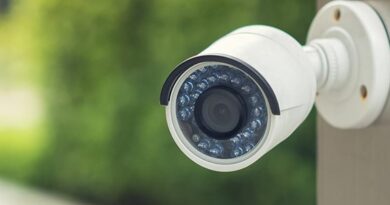 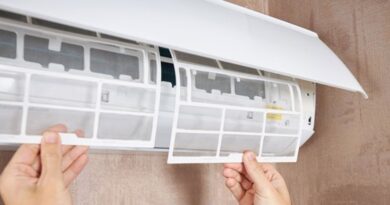 Are You Looking For AC Air Filers? These Are the Main Features You Should Consider 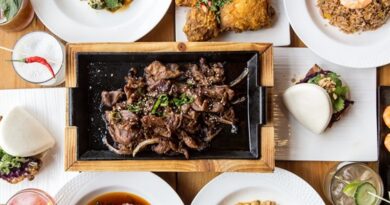