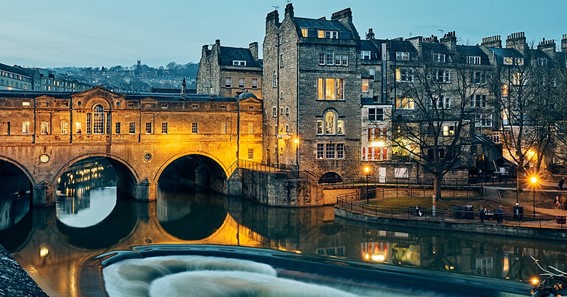 Getting familiar with Bath, the largest city in the county of Somerset in the United Kingdom, is not difficult to enjoy because it is loaded with historical activities and attractions.

Bath grants you the pleasure of feeling like you have traveled back in the days in a time machine because it has retained its beauty over the decades and centuries, to the point that it proudly holds the distinction of being the only UK city designated as a UNESCO World Heritage Site.

There are plenty of stops to make during your trip to Bath, from seeing the Roman Baths that date back to AD43, or celebrating the impact of Bath’s most famous resident, write Jane Austen, at her namesake, the Jane Austen Centre.

You can get your fill of arts and culture at museums such as the Museum of East Asian Art, the breathtaking villages of Lacock and Castle Combe, and the world-famous Stonehenge megaliths.

When you find the time to unwind, you will have your choice of traditional bars and pubs, along with splendid performances in the artistic areas of comedy, theatre at Theatre Royal Bath, and live jazz at Green Park Brasserie, for free live jazz music, or enjoy after-hours entertainment at Komedia Bath.

But don’t limit your trip to just these beneficial experiences. Continue onward with these tips for what to do while making the most of your trip to the city of Bath.

click here – How To Find The Best And Experience Locksmith London

Bath is a city where you are going to bear witness to world-class architecture in whichever direction you are facing.

The Royal Crescent will still leave a strong impression with its array of Georgian townhouses constructed from mustard yellow honey stone and lovely extensions of luscious green lawns.

It is likely to be able to visually feel like you are in a rural area without leaving the city limits.

After you have found your luggage storage in Bath to free up your hands, it is time to do yourself a favor and visit Bath Abbey, a place of worship that has existed for more than 1,000 years, but with recent features adorning it.

Victorian Gothic interior adjustments such as the vaulted stone ceiling were made by Sir George Gilbert Scott between 1864 and 1874.

Overlooking the city of Bath on the summit of a wooded hill is where you will find Alexandra Park, which is exactly where you want to be standing when your camera is in your hands to capture expansive wide-angle views of Bath and the miracles of nature that surround it.

You can reach Alexandra Park by public bus or by vehicle. If you are feeling more adventurous, you can even climb the winding path.

Get your sights on some more marvelous design work, this time from the likes of John Wood the Elder with its 360-degree radius.

The inspiration for The Circus comes from classic Roman architecture and the page locations such as Stonehenge.

In terms of residences, the popularity of The Circus has attracted artist Thomas Gainsborough and Prime Minister William Pitt the Elder to call it home at various points in history.

click here – Why Birthday Celebration Is An Important Event For Every Child?

It has been said that the history dates back even further due to excavations in the cellar that have since revealed artifacts that appear to have belonged to Bath’s early Roman inhabitants.

Whichever origin time period that you decide to put your faith into, Sally Lunn’s House is definitely the birthplace of the local delicacy referred to as the Sally Lunn bun, which is a must-have when coming to Bath.

Pulteney Bridge, which was finished in 1774, gives Bath some Italian flavor because it was inspired by Ponte Vecchio in Florence.

The Pulteney Bridge is lined by shops on both sides and is one of four structures like this in the entire world.

During the time of the famed writer and Bath resident Jane Austen, the Assembly Rooms were a definite attraction of Bath’s wealthy class who arrived to gamble, socialize, drink tea, and dance the night away.

Don’t worry; you don’t have to be a filthy rich socialite in order to walk through their doors and enjoy a cup of tea and the opulent view of their chandelier-lit rooms.

Finally, your history lesson of the city of Bath wouldn’t be complete without graduating your travels up to the level of scenic excellence by heading over to Prior Park Landscape Garden with its eighteenth-century landscaping by Bath entrepreneur Ralph Allen and advice from the landscape architect Lancelot ‘Capability’ Brown. 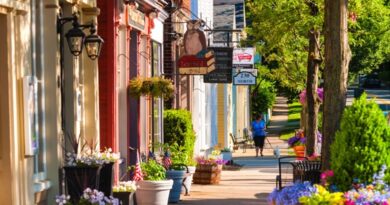 The 3 Best Ways To Settle Into A New City 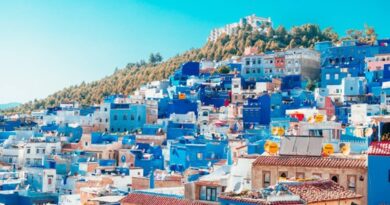 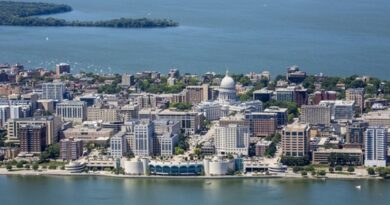