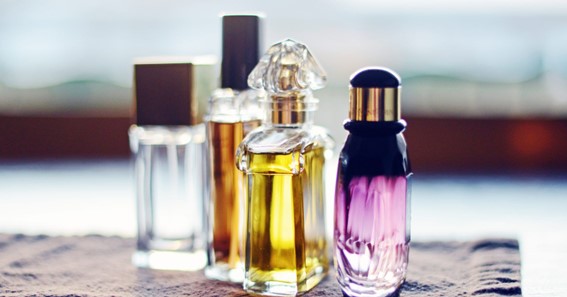 Who says perfume is only for women? In the UK, 40% of all fine fragrance sales are for men’s products, equating to a market worth a cool £561 million in 2021.

That’s a lot of bottles of aftershave.

Clearly, while not quite as free-spending as women when it comes to fragrances, there are no shortage of men out there who love to smell great and are prepared to invest in premium products to do so.

Yet despite demand and interest growing steadily over a number of years, male fragrance is a product category that continues to attract a curious amount of myth and misconception – not least in what people think of as defining a male fragrance.

Here are four facts about them that may surprise you.

Cologne is for men and women

The word ‘cologne’ has in common usage come to mean a fragrance for men, often used interchangeably with aftershave. But in truth, the fact that a fragrance is labelled as ‘eau de Cologne’ has nothing to do with whether it is aimed at men and women. It’s a description of how concentrated it is.

Eau de Cologne was invented in the German city of the same name in the 18th century. The original was reportedly a light, citrusy blend with a lower concentration of aromatic oils than other common fragrances or ‘parfums’ of the time. Over the centuries, it became embedded in perfume-making terminology to describe a fragrance containing 2% to 5% essential oils – lower than eau de toilette, and three or four times less than a typical parfum.

To this day, eau de Cologne is used on both men’s and women’s fragrances as a description of strength. Perhaps the fact that it has come to be associated with male fragrances is down to an assumption that men shy away from stronger-smelling scents?

True aftershave is more of a skincare product than a fragrance

Despite the fact that men habitually talk about splashing on a bit of aftershave solely with the intention of smelling nice, true aftershave is not really a fragrance at all. The real purpose of aftershave is to close cuts after shaving and soothe razor rash.

The confusion stems from the fact that, like most perfumes (colognes included), many aftershaves are alcohol-based and contain nice-smelling aromatic oils. But in an aftershave, the pleasant smell is incidental. The main purpose is the use of alcohol as an astringent and antiseptic, which means it closes pores and cuts by drawing water out of the skin, and stops infection.

The main reason why it’s an error to use the terms aftershave and cologne interchangeably is that, unlike true fragrances, aftershaves don’t have to have an alcohol base. They can contain other products much more closely associated with skincare like witch hazel instead, and can also come in the form of lotions and balms.

And if your main aim is to smell nice, you’re likely to be left disappointed with the effects of an aftershave. They contain very low concentrations of aromatic oils, so the effects wear off much sooner than even a cologne.

Another consequence of the fact that cologne and aftershave have become confused terms is that entire generations of men have grown up thinking the best way to wear a fragrance is by splashing it on their face – even if they haven’t had a shave.

In fact, the best place to wear any fragrance is on one of the bodies ‘hot spots’, where major blood vessels are close to the surface of the skin. The best examples are also the places where it is most easy to feel your pulse, like your neck, the inside of your wrists and elbows and the backs of your knees.

Fragrances react to heat, with the volatile aromatic oils evaporating more readily and therefore creating a stronger smell. Dabbing or spraying a fragrance in a pulse spot means it will get extra warmth from your blood and therefore emit its aroma more efficiently.

The fourth and final fact about men’s fragrances that people might find surprising is that the very concept of a ‘man’s fragrance’ is a complete invention anyway. Back in the time the first bottle of eau de Cologne was being concocted, for example, the distinction between male and female fragrances was unheard of.

In fact, it wasn’t until the 1930s that the first fragrance specifically targeted at men – subtly called ‘Pour un Homme’ – hit the shelves. The separation of products into male and female has largely been a marketing ploy ever since.

And if you wanted further proof of that, consider this – it is believed that a third of all ‘men’s’ fragrance sales are actually bought by women to wear themselves. When it comes to smelling good, what has gender got to do with it, anyway?

Eager to explore men’s fragrances more? There’s no better (or more affordable) way than to order sample-sized bottles online and have them delivered straight to your door to discover your next favourite fragrance. Check out the UK’s biggest range of men’s aftershave samples today! 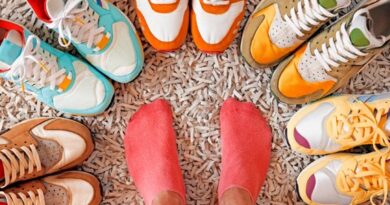 Things You Should Consider While Buying Shoes Online: 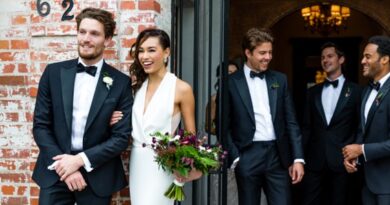 What Is The Difference Between Tux And Suit? 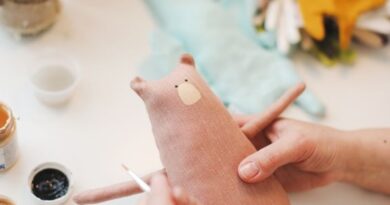 Everything You Need To Know About Making DIY Plush Toys