A blockchain packed with features, BitShares offers all that you need from a decentralized cryptocurrency platform. This guide will cover everything you need to know about BitShares including how it runs, how to purchase it, and if it is secure.

Contents
1 What Exactly Is BitShares?
1.1 Decentralized Exchange
1.2 Smart Assets
1.3 Delegated Proof-of-Stake
1.4 DEX Gateway
2 How Can I Purchase BitShares And Its Advantages
3 Is BitShares Safe?
4 Final Thoughts

What Exactly Is BitShares?

BitShares is a blockchain-based platform that aims to make decentralized financial services accessible to all. The platform allows users to issue and trade their own tokens and allows them to borrow currencies and commodities using smart contracts.

The platform was created by Dan Larimer, who is also the founder of Steemit (a blockchain-based social media platform) and EOS cryptocurrency (a blockchain platform that promises zero transaction fees). There are several key components of BitShares:

A decentralized exchange allows you to trade cryptocurrencies without having to trust a third party with your money. This is because instead of sending coins from one wallet to another wallet, you send them directly from one address on the blockchain (your own) to another address on the blockchain (the recipient’s). This means that there are no middlemen involved in the transaction and there’s no risk of getting scammed if someone steals your private keys or passwords.

Smart assets allow users to create their own tokens which can then be traded on the exchange at any time. For example, if you wanted to create a token that represented 10% of your company, you could create that token and sell it at a value of $1 per share. When someone buys those tokens, they will have ownership of 10% of your company, while you retain 100%. This is useful for startups who want to raise capital without losing total control of their company.

The DEX gateway is one of the best features of the BitShares platform. It allows users to send funds from their wallet to any other wallet address in any currency supported by BitShares without having to pay any fees or transaction costs at all. This is possible because all transactions on the BitShares blockchain are executed by the network itself, instead of by individual users like on other blockchains such as Bitcoin or Ethereum.

How Can I Purchase BitShares And Its Advantages

To get involved with the BitShares community and to buy BitShares, you’ll need to get some Bitcoin (BTC) first. You can then use BTC to trade on the BitShares DEX, or simply keep your BTC in your wallet to use on other DEXs in the future. Alternatively, you can buy the BitShares token directly from a crypto exchange.

The technology behind BitShares, called Graphene, gives the network a few key advantages over other exchanges:

BitShares is safe because it utilizes the same cryptography behind Bitcoin and other coins to secure the network and prevent double-spending. In addition, each transaction on the network must be verified by at least three different parties before being added to the blockchain.

This means that there’s no single point of failure, which makes it more secure than other networks like Ethereum or Ripple. It also has a built-in decentralized exchange, which means that users can buy or sell their investments without having to go through a potentially vulnerable third-party platform.

BitShares is a cryptocurrency platform that sets itself apart from the competition with scalability, smart contracts, and openness. If you are interested in each of these features and benefits, it’s a good choice for you.

It is also important to note that this platform is based on the EOSIO software, which boasts of taking blockchain technology beyond merely supporting financial functions and smart contracts as is possible on traditional platforms. As a result, BitShares can potentially function at a level far beyond what has been accomplished on other cryptocurrency platforms.

To Know Some Great Stuff Do Visit ATSMotorSports

To Know Some Great Stuff Do Visit BeingCost

To Know Some Great Stuff Do Visit BestMoviesIn 7 Ways To Brush Up Your Financial Knowledge 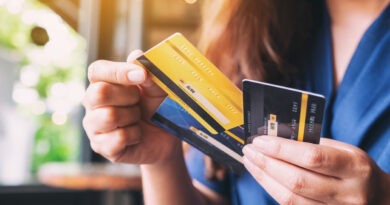 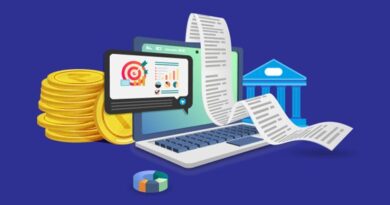