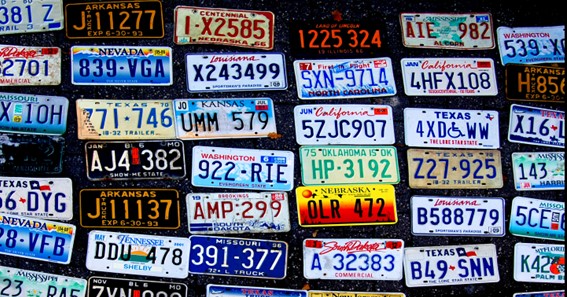 The majority of those who will read this blog will be from the United Kingdom, although you may be surprised to learn that we are not the only nation interested in personalized vehicle registrations. Many countries throughout the world allow drivers to have their own number plate on their car, and many of them operate differently than the UK’s DVLA. Here are 10 of my favourites. It’s fascinating to see how varied other nations’ methods are.

Individualized number plates from Down Under are available through the transportation authorities in each state. Drivers pay a few hundred dollars for their chosen registration and then pay an annual charge to maintain it. Because ownership cannot be transferred between private individuals, it is a far more stringent system than in the UK.

In this country, the distinction between standard personalized plates and “Prestige Plates” is made. Similar to our dateless/cherished plates.

The profits generated by bespoke number plates are spent on such things as road safety campaigns in specific jurisdictions, such as Victoria and Queensland. It’s a fantastic touch that the DVLA might take with them when they walk away with millions of dollars from an auction.

Individual number plates are used in Belgium, rather than to a car. If you buy a new vehicle, you’ll have to change the number plate that’s currently on it.

The Belgian government has introduced a new format with a higher price tag (1,000 Euros rather than the usual 620 Euros) to handle the rise in demand for personalized number plates.

The new format essentially enables drivers to have any unique number plate up to 9 characters long, with the exception of: You cannot use just numbers like “1,” “11,” or “111.” Of course, vulgar/offensive number plates are prohibited, such as in most countries. The restriction on political party number plates is particularly odd.

Personalized number plates in Canada are known as “Prestige Plates” or “Vanity Plates,” and they’re handled and supplied by the province. The national government has little influence on provinces’ decisions, including the price and what is and isn’t permissible. You’ll typically only pay a few hundred dollars for it.

What are known as “Specialty Plates” are more popular than personalized registrations. These plates, which have different backdrops and designs to match the driver’s personality and preferences, are one example of these. If you’re a die-hard fan of a certain sports team, you might be able to put their logo on your registration plate.

In Hong Kong, the PVRM Scheme is used (Personalized Vehicle Registration Mark), which differs significantly from personalized number plates in other countries. Rather than paying a fee to acquire your preferred number plate, you instead submit a request to the government and it is entered into an auction where anybody can buy it.

Hong Kong’s vehicle registration plates are seven digits long, with a maximum of eight characters. However, there are certain limitations. For example, it cannot be identical to previously registered vehicles or have more than four occurrences of the same character in a row.

Latvia is a relative newcomer to the number plate game, having started selling personalized plates only in 2006. Originally, it cost 542.80LVL to acquire one, but this was soon raised to 2,500 LVL because it was considered excessively low (really).

Latvian personalised number plates can be two to eight characters long and contain letters, numbers, and spaces. That’s a lot of customisation.

Poland does not provide a lot of customization choices since all number plates must contain the correct voivodeship character (a letter denoting the region in which the vehicle was registered) and a single digit. After 3 to 5 characters have been used, letters and digits must be kept separate. All custom plates have their own unique design, which is black letters on a white background.

Personalised number plates are extremely popular in South Africa, and some of the most beautiful ones can cost more than R10,000. Users must also pay a yearly charge to maintain the rights to the specific registration after purchasing it. This may be as much as R200 – R300 alone.

The registrations themselves can be anything from one to six characters long and can include letters, numbers, and spaces. There will also be a two-letter code to designate the province in which the vehicle was registered (e.g., the letters “WP” indicate “Western Cape Province”).

The UAE has a unique system of auctions in which it sells what are known as “distinguished plates.” These registration marks, unlike personalized registrations, are rather similar to our loved ones’ registrations.

The initial six digits of a vehicle’s UAE number plates are the same as those in any other country, but the last digit is different. The final digit on an Emirate-specific plate is either 0 or 1, depending on which Emirate the car was registered in. Plate numbers with only digits are recognized as distinguished plates, including any combination that could contain large amounts of people (i.e. 12345, 55555, etc). In this case, registrations starting with “1” are unavailable because they would cost more than 52.2 million Dirhams (around $9 million).

Plates with a distinguished designation are popular and can be sold at auction to help the charity. Many personalities participate in this event. Sheikh Mohammed, the Emir of Dubai, purchased the aforementioned “1” number plate.

Across the Atlantic, all 50 states allow you to buy a personalized number plate for a nominal fee. As we’ve seen with other countries, drivers may pay a yearly charge to keep their number plate rights. Although it varies by state, exact expenses will depend on which one you register in.

Individual states have the power to charge whatever fee they want, as well as authority over any potential combinations. This implies that having your own personalized plate in one state will not prevent you from obtaining it in another. In theory, a single 50-character number plate could travel across the United States.

Each state has its own design that it wants to reflect on the state’s personality and history. This goes a long way toward distinguishing the similar number plates. However, there are accounts that some individuals have taken advantage of the designs, such as the one in Florida that includes an orange that serves as an O.

If you want to find out more about personalised UK number plates, take a look at National Numbers.

To Know Some Great Stuff Do Visit WhyBenefit

To Know Some Great Stuff Do Visit ZipCodesPro

To Know Some Great Stuff Do Visit WhatIsFullformOf 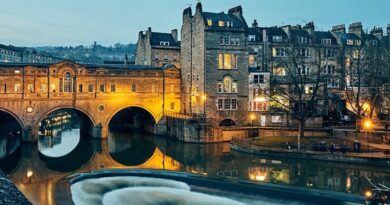 A Brief History of Bath: Explore the City with These Tips and Tricks in Mind 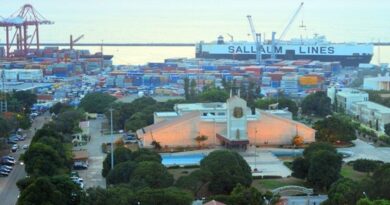 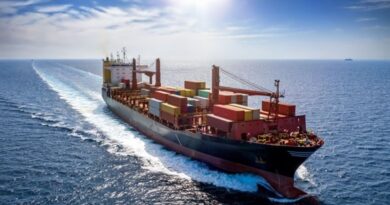 Shipping Methods To The Dominican Republic from the USA

Mileage Correction Service Why Do People Use Them?

Things to consider while choosing the right luggage storage service