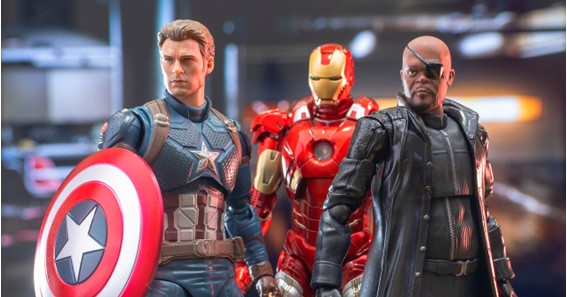 There is no doubt that the Marvel Cinematic Universe (MCU) has been an influenced juggernaut of superhero world power within the cinematic realm. It is known for projecting a continuous story of a shared cinematic universe of multiple heroes, gods, and beasts told within a fantastic blockbuster show.

The success of this lucrative franchise, which began in 2008 with the release of Iron Man, has been widespread worldwide, focusing on some of Marvel’s most popular superhero characters, and expanding upon this franchise universe with each installment.

The first three phases of the MCU, dubbed “The Infinity Saga,” spun over twenty-three theatrical feature films of origin stories, sequel adventures, and superhero team-up events, with the MCU’s Phase IV saga opening up to new possibilities, narratives, and heroes to follow which ahead is the review for new movie this week.

Of course, Phase IV kicked off with the release of Black Widow, which gave the erstwhile Avenger character of Natasha Romanoff / Black Widow and leading lady Scarlett Johansson a proper send-off in her own standalone film. Shang-Chi and the Legend of the Ten Rings, the second movie in this novel saga, displayed a brand-new hero in the shape of Shang-Chi, bringing a character named into this expanding superhero franchise and a new perspective into blockbuster features.

With the release of Eternals, Marvel Studios and director Chloe Zhao introduce the latest installment in the MCU’s Phase IV saga. Is this twenty-sixth installment in the popular superhero cinematic universe a worthy successor to its predecessors, or is it just a distended attempt to introduce many new characters?

Below is everything you need to know about each of the new superheroes:

Gemma Chan plays Sersi in Eternals. Sersi’s most powerful ability is her ability to manipulate matter. Sersi uses her hands to transform a city bus into rose petals. Sersi’s abilities in the Marvel comics rank her as the strongest Eternal. Sersi is also caught up in a love triangle in Eternals, involving Ikaris, another Eternal, and Dane Whitman, who later becomes Black Knight. Kit Harington plays the role of Dane in the movie.

Angelina Jolie plays Thena in Eternals. Thena is by far the best fighter among the Eternals. In battle, she is nearly impossible to beat. Thena’s preferred weapon is a golden spear created through energy deception. Angelina refers to Thena as the “goddess of war.” She mentions Thena’s ability to “manifest various weapons.” However, Thena faces challenges in Eternals.

“Thena is like a soldier who is impacted by battle memories and has to live with PTSD or moral injury,” Angelina said of the character. Then, rather than care and kindness, Thena assumes a fight is coming her way. So she’s pretty wired, and a lot of her battle is just keeping her mind at ease.

Salma Hayek portrays Ajak. Ajak is the Eternals’ leader. Her main ability is the ability to heal both humans and Eternals. She can also communicate directly with the Celestials and relay their messages to the rest of the Eternals.

Richard Madden plays Ikaris in Eternals. Richard refers to Ikaris as the Eternals’ “loyal soldier.” Ikaris’ eyes can project cosmic energy beams. He also has superhuman strength and the ability to fly. For thousands of years, he’s had an on-again, off-again relationship with Sersi.

Kumail Nanjiani plays Kingo in Eternals. He possesses the ability to project cosmic energy explosions from his hands. Kumail describes Kingo as “a little self-involved.” He’s a Bollywood star when he’s not saving the world.

To play Kingo, Kumail underwent a significant physical transformation. He stated that as the first South Asian superhero, he wants to look like someone who will take on Thor, Captain America, or whoever.

Lia McHugh plays Sprite. Sprite can create amazing illusions. Sprite is 13 years old in the film and has remained that way for thousands of years. As an Eternal, she cannot physically age.

Barry Keoghan plays Druig in Eternals. Druig’s primary ability is mind control. “He stands up for what he believes and believes that there should be no violence,” Barry says of his character.

Lauren Ridloff plays Makkari in Eternals. She has incredible speed. Makkari is the first deaf superhero to appear in the Marvel Cinematic Universe. In the film, Makkari and Druig have a close relationship.

Brian Tyree Henry plays Phastos in Eternals. Phastos can “assemble anything out of any kind of technology.” He is a genius and an accomplished inventor. He can also use his hands to generate cosmic energy beams.

Don Lee plays Gilgamesh in Eternals. Don describes him as a protector. Gilgamesh has superhuman strength, and his specialty is a “strong punch.” He’s also good friends with Thena.

The twenty-sixth installment in the Marvel Cinematic Universe sees the twenty-sixth installment take on new characters to join the superhero line-up; bringing a fresh angle to this overarching storyline; an exploratory one, that does pay off, in addition to being a visually striking blockbuster romp. At the same time, the film needs help to fully encompass its superb storytelling within a single movie. Zhao’s direction, good story, solid appearance, interesting concepts, and all-star cast help it to overcome those challenges. 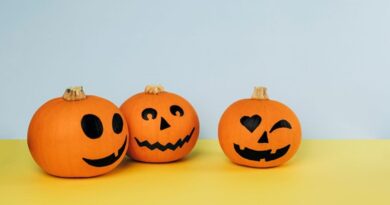 How to Keep Track of Your Kids While Trick-or-Treating 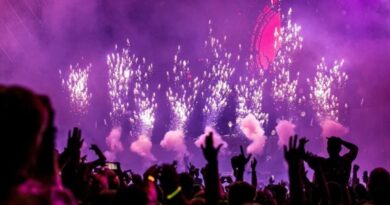 You Are from Ohio: You Shouldn’t Miss These Concerts and Events on December 31st