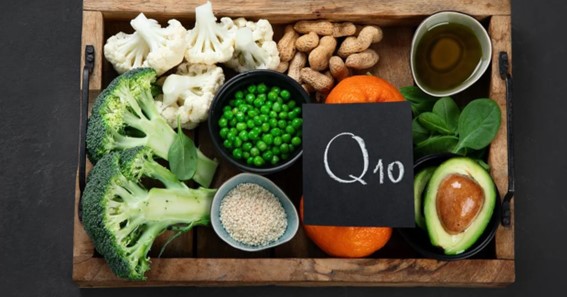 You may not have heard of Coenzyme Q10 (CoQ10), but this powerful antioxidant is a naturally occurring chemical that exists in almost every cell of the human body. CoQ10 has several important functions, including promoting energy production and neutralizing harmful particles called free radicals. A deficiency in CoQ10 can adversely affect a person’s health. People can reap CoQ10 benefits from foods and supplements.

In the body, CoQ10 is found primarily in the:

Ubiquinol is the active form of CoQ10 that’s made in the body from ubiquinone. As you age, your body makes less CoQ10.

What Are the Benefits of CoQ10?

CoQ10 benefits a wide range of mental, physical, and physiological conditions. The CoQ10 benefits can prove useful if you suffer from migraines, high blood pressure, or want to increase your chances of having a baby, among other reasons. If any of this sounds appealing, taking a supplement containing CoQ10 could be ideal for you.

CoQ10 is found in the highest concentration in the heart, liver, and kidneys, which makes it an essential nutrient for cardiovascular health. The vast majority of people with heart disease also have low CoQ10 levels. Today, researchers consider low CoQ10 levels to be a predictor of the severity and long-term outcome of various heart diseases. CoQ10 can help reduce oxidative stress markers associated with cardiovascular disease.

CoQ10 Can Aid in Antioxidant Support

Coenzyme Q10 is one of the most essential lipid antioxidants, preventing free radicals from forming, which can damage and modify proteins, lipids, and DNA. CoQ10 is an important antioxidant that protects against oxidative stress. Additionally, CoQ10 has been found to help recycle other antioxidants in the body, such as vitamin C and vitamin E.

Women with hormonal imbalances and inflammation at the root of their menstrual problems may benefit from supplementing with CoQ10. Women with PCOS tend to have higher levels of insulin and testosterone, which can cause inflammation and hormonal dysregulation, causing the ovaries to malfunction. Insulin resistance has also been shown to impair mitochondrial function, which can affect the quality of egg follicles.

To make energy, mitochondria inside our cells convert nutrients that we consume into usable energy, known as ATP. The presence of CoQ10 is required for this conversion to happen. CoQ10 produces cellular energy and in fact, is responsible for 95 percent of the body’s energy production! In addition to improving the health and energy of other organs, ubiquinol protects cells from damage caused by free radicals and oxidative stress, which can lead to low energy and low cellular function.

Both fertility and coQ10 decline with age, so these two problems may be connected. You can increase your chances of fertility as you age by increasing your CoQ10 consumption. Antioxidant properties can enhance sperm quality by promoting activity and concentration. This could be helpful if you are trying and struggling to conceive.

CoQ10 is Excellent For the Hair, Nails, and Skin

Being the largest organ in the body, the skin is susceptible to a variety of factors, including UV damage from the sun, as well as dryness and wrinkle depth. By applying CoQ10 to the skin, you can slow down this process and find similar benefits for your hair and nails.

CoQ10 Can Provide Relief From Migraines and Headaches

CoQ10 is primarily found in the mitochondria of cells and has been shown to assist mitochondrial function. This can help to decrease the inflammation you may experience during migraines. Therefore, CoQ10 is an excellent solution to reducing chronic headaches. Those who demonstrate severe C0Q10 deficiency are more prone to suffering from such issues.

Like in humans, CoQ10 in animals is found in the highest concentrations in tissues that require the most energy, such as the liver and heart (not always a fan favorite at dinner). In addition to organ meats such as liver, kidney, and heart, CoQ1o can also be found in organic grass-fed beef, oysters, sardines, and mackerel. Vegetarian sources of CoQ10 include spinach, broccoli, cauliflower, peanuts, and soybeans. In either case, you would need to consume much higher amounts of CoQ10 to achieve adequate levels (roughly 77 cups of broccoli provide 100 mg of CoQ10, and roughly five pounds of liver provide 100 mg of CoQ10), so supplementation is often the best option. 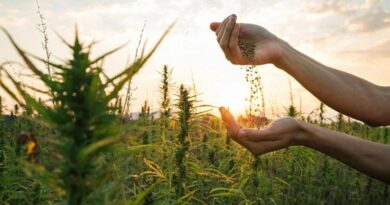 The Reasons Why Delta 8 Is Worth Trying 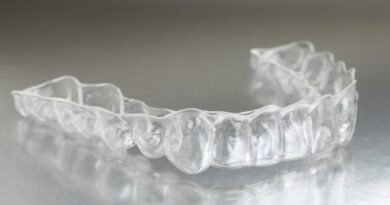 How Invisalign is Made: 3D Printing Technology in Dentistry