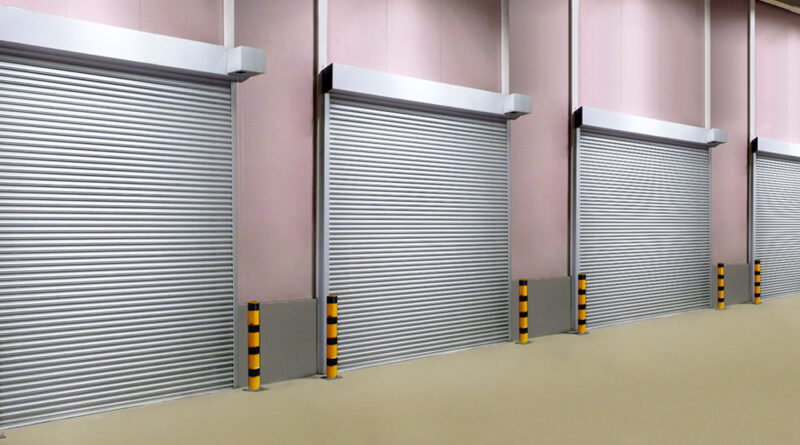 There are a number of ways to incorporate fire mitigation measures into building design, including fire shutters and fire curtains. Compared to passive measures like alarms, these actively prevent the spread of fire for a limited time, helping to minimise damage to lives and property.

Both structures work in similar ways to compartmentalise fires and the toxic gases that come with them, and both may be required by law in certain circumstances – but fire shutters and fire curtains aren’t actually the same, and aren’t interchangeable systems.

This blog explains the difference between fire-rated shutters and fire-rated curtains, so you’ll know how they work and where and when they should be used.

What are fire shutters?

Like a standard metal security shutter, a fire shutter forms a structural barrier – but one that can temporarily hold back flames. To allow the toughened shutter to do this, a fire shutter is typically made of galvanised steel laths with an electroplated finish to make it more fire-resistant.

Insulated fire shutters can offer extra protection against heat radiation and smoke if they feature a core layer of insulation material. In either case, they will be housed in a metal case above the opening they’re designed to cover, in the same way a security roller shutter would.

They are normally connected to the building’s fire alarm system, so that if the alarm detects smoke or heat and goes off, this will trigger the fire shutter to drop automatically. They can be programmed to close completely, or to drop halfway down to provide an escape route, only closing fully when a sensor on the door exceeds a certain temperature.

When closed, fire shutters can withstand flames for between 30 minutes and 4 hours, depending on their construction and fire integrity rating. Limiting the spread of the flames can save lives and prevent fires from destroying entire buildings.

What are fire curtains?

Unlike a more rigid metal shutter, fire curtains form a more flexible textile barrier. Despite being thinner and less obtrusive, a fire-resistant curtain made from woven fibreglass can form a very effective seal that cuts off flames and smoke by blocking interior openings.

Like fire shutters, fire curtains will deploy when signalled by the fire alarm system that a fire or smoke has been detected. The curtain will be guided downwards via vertical runs on either side of the opening, which will help it to stay in place and form a solid barrier.

Fire curtains may not have as high a fire rating as shutters do, but they usually have a higher smoke rating – meaning that fire curtains are better at holding back smoke and other gases from a fire, even if they won’t withstand the flames for as long as a metal shutter might.

This is significant when protecting emergency exit routes throughout a building, as smoke inhalation is recorded as the most common cause of death in fires. A fire curtain can protect an escape route corridor by holding back smoke, keeping it clear so that people can get out safely.

Since they’re more flexible and easily hidden than shutters, fire curtains are often used in buildings with open floor plans or where certain doorways and stairwells need to be protected.

What’s the difference between fire curtains and fire shutters?

Despite their similarities, fire curtains and fire shutters are not the same, so choosing the most suitable product of the two depends on a range of factors. Here are the things you should be considering when deciding whether to invest in a fire shutter or fire curtain.

While it may only be surface level, in a situation where either product would work, it could come down to aesthetics. There’s no denying that fire shutters are very visually obvious, with bulky housings and gearboxes, while fire curtains usually have slimline or hidden fixings that allow them to remain out of sight when they aren’t in use.

This is why fire curtains are often the best choice for interior applications, where fire safety is paramount but the solution needs to be unobtrusive. Fire shutters are better implemented across exterior openings or between segmented areas, such as storeroom doors or windows between commercial kitchens and dining areas.

While fire shutters do have a more industrial look, this can be preferable in some places, like warehouses and factories. This appearance can not only deter intruders due to their resemblance to standard security shutters, but can also reassure people going about their work that fire safety measures are in place.

Fire curtains don’t necessarily have the aesthetic edge over shutters just because they’re not as visible, however. It’s possible to make fire shutters look more seamless by finishing them with a powder coating in a colour that matches their surroundings.

Fire shutters are heavier and require more space for their fixtures than curtains, but they’re ideal for commercial or industrial settings where there is a higher risk of fire due to the presence of large quantities of flammable materials, electrical equipment, or machinery.

Fire shutters also have to be fitted to structural steel or masonry that has the same fire resistance level, so that the wall around it doesn’t fail and then cause the shutter to fail in the event of a fire. They’re commonly fitted over doorways and windows.

Fire curtains, on the other hand, are lighter and more versatile, allowing them to be installed in a variety of places throughout the interior of a building. They can be used to protect certain areas housing valuable goods from fire and smoke damage, as well as sealing off potential pathways for flames and smoke to spread through the building, thereby maintaining escape routes.

In either case, the fire-resistant barrier should be placed in a position that would effectively prevent the fire from breaking out into the rest of the building for a minimum of 30 minutes, allowing more time for firefighters to arrive and put out the flames.

They may be made using different materials and components, but fire shutters and fire curtains still operate similarly. They both can be connected to the building’s fire safety control panel to programme triggers and responses, and tend to descend through guide channels under their own weight when the release is triggered.

That said, fire shutters tend to operate on a simple motor system with a triggered brake release, though some can be more complex. Due to their versatility in location and purpose, fire curtains are often more programmable, with more options for timed delays and split descents.

In both cases, automated responses should be regularly tested, and all electrical systems should have a manual back-up in case of power failure. This allows the shutter or curtain to be closed or raised by hand. Most shutters and curtains will have a gravity failsafe, meaning that if the signal is lost, they will release and close.

There are several different types of fire shutters and fire curtains on the market with varying constructions and system capabilities, so you need to be aware of the specifications your application requires before being able to choose the best option.

The most important factor for either a fire shutter or a fire curtain is the level of fire protection they can provide. Any equipment like this which is marketed as ‘fire-resistant’ must undergo thorough standardised testing and be given an appropriate rating.

The higher the rating, the longer the shutter or curtain will perform and hold the flames and smoke back. It makes sense, then, that higher-rated fire shutters are the safer option for settings where there is a much higher risk of fire, while fire curtains are an acceptable alternative where there is a higher risk of smoke but less exposure to flames.

Do you need fire shutters or fire curtains?

Accidental fires can break out at any time, in any place where the conditions are right. Knowing how quickly fires can spread and how serious the consequences can be, most businesses and public premises use measures like fire curtains and fire shutters to minimise the risks.

If you aren’t sure whether you need fire shutters or fire curtains, you could benefit from the guidance of a professional manufacturer and installer in your area, such as a reputable supplier of roller shutters in Liverpool. Not only can they help you to choose a product tailored to your specifications, but they can also offer ongoing maintenance for your shutters or curtains.

Regular servicing is essential to keep your fire-resistant machinery in the best condition – the last thing you want is for it to fail in an emergency because you didn’t test it often enough. Consulting an expert can ensure that you comply with health and safety laws for the installation and use of your chosen fire shutter or fire curtain, providing peace of mind for years to come.

Why You Should Continue Music Lessons Over the Summer? 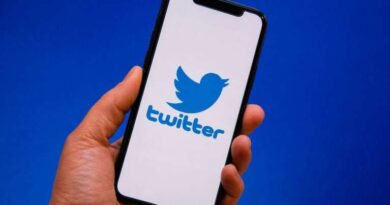 Easy Ways How to Get More Retweets On Twitter 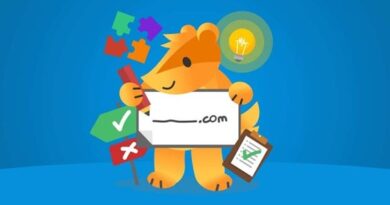