What’s The Main Difference Between Alpaca And Llama?

The major difference between alpaca and llama can be understood only by seeing different factors such as size, the face, the shape of the ears, fiber, color, and so on. You will also come to know that the difference between these two animals is not only limited to their appearance.

It also varies from their origin, uses, etc. Let’s see what are the difference between llama and alpaca further.

Factors That Differentiate Alpaca And Llama

Below I have described what is the difference between a llama and an alpaca with several factors. Let us start.

First, let us see what difference is there in the face of alpaca and llama.

Alpacas look more adorable than llamas. Their face shape is round, smooshed, and with a compact nose. The fluffy hairs on their forehead increase their beauty.

The shape of the llama face is long as compared to alpacas. Llamas have short hairs over their face. Their muzzle looks larger and big.

Yes, there is a change in the ear shape between alpaca and llama if you look carefully.

Alpacas have short ears. The shape of the ears looks like a spear. They are pointed and covered with slight fur.

The ears of llamas are longer than alpacas. They are similar to the shape of bananas and appear tall.

The size difference between alpaca and llama is given in below.

Alpacas look short in size when compared with llamas. Their size is about 34 to 36 inches on average. Some miniature alpacas have size upto 32 inches only.

Llamas are tall and large than alpacas. The average size of the llamas falls between the range of 42 to 46 inches.

Weight differences can be noticed in the llamas and alpacas. So let’s see.

The average weight of llamas is nearly about 300 to 450 lbs.

There is a lot of difference between alpaca and llama wool fiber.

Alpacas have fine fluffy wool on their body. The fur can be in colors from white or light shades of yellow and brown. Their complete body is covered with wool of one color. The wool produced by the alpacas is softer as compared with a llama.

The llama can be easily differentiated with the help of their wool. They have coarse wool and it grows in multicolor. The fur can be white, brown, black, and red in colors.

Here I have mentioned the uses of an alpaca as well as a llama.

Alpacas can be used for producing fine and silky wool fiber. Therefore the wool of the alpacas is used in making clothes and garments which are warm as well as soft. The first shear of alpacas is called baby alpaca and is softer than other shears. There is demand for alpacas meat increasing gradually.

Most of the llamas are used for carrying small loads on their back while trekking. The next use of llamas is to produce wool. The fibers are used for making ropes, rugs, and other products. Sometimes Llama meat is used by people for eating. Llamas can stay around humans more comfortably than alpacas.

You must be eager to know where do alpacas come from or llamas come from.

The alpacas are found in huge numbers in the areas of Central and Southern Peru.

Let us see the difference between the alpaca vs llama spitting habit.

They are shy and gentle animals. They like to remain in herds as they have fear about the other wild animals. Alpacas spit rarely than llamas however, there is no difference between alpaca and llama joke which will never get old. Most cases of this happen when they feel scared or threatened.

As llamas are big they remain more independent than alpacas. They are also kept in the herd of alpacas so it can be a guard for them. Llamas show their power of intelligence while guarding the herd of alpacas. You must have seen the llama vs alpaca meme many times over the internet. It can spit at any time when it does not like the behavior of humans or anything.

We discussed complete details of alpaca and llama. However, you will also like to know the difference between alpaca and llama and camel family members residing in the wild.

click here  – Special K Diet: What Is It, What To Eat And Reviews

Others Wild Cousins Of Alpaca And Llama

Here I will tell the difference between alpaca and llama and vicuna and other camelids. Let us see the distribution of alpacas or llamas and their wild cousins respectively.

Vicunas are the smallest animals as compared with the llamas or alpacas cousins. These animals have become very rare and endangered species. Governments are taking precautions for protecting Vincunas.

Guanacos are wild animals that are found in South America. They are bigger than alpacas but small than llamas comparatively.

Do Llamas Or Alpacas Spit?

Yes, Llamas or Alpacas spit. The llamas can spit when they do not like anything, while alpacas spit only when they feel scared or threatened.

Alpacas can be good pets if they are made habitual to it. However, mostly they like to stay in the herds to feel more comfortable.

Can Llamas And Alpacas Breed?

Yes, llamas and alpacas breed with each other. They can produce offspring species that can bear the characteristics of both the animals.

Are There Miniature Alpacas?

Yes, there are miniature alpacas that are small in size and weigh from 100 to 150 pounds.

Are Alpaca And Llama Related?

Llamas and alpacas are often mistaken for the same animal, and the confusion is understandable. Alpacas and llamas are so similar because they are both part of the camelid family, which includes camels, their cousins in the eastern hemisphere.

Can You Ride An Alpaca?

No, you cannot ride an alpaca. An alpaca’s bone structure is not designed for heavy loads. An alpaca also does not like to have things placed on his back.

What Are 3 Differences Between Llamas And Alpacas?

The most-distinguishing physical differences between alpacas and llamas are their size, their hair, and their face shapes. Also, they differ in disposition, which affects the way humans have used them over the years.

I explained the common difference between alpaca and llama in this topic. You came to know about the factors that distinguish llamas and alpacas from each other. Now the general idea about how are llamas and alpacas related to each other is there with you. So you can differentiate alpaca vs llama vs guanaco or other camelids easily. In the future, you will not have difficulty in making difference between alpaca and llama. 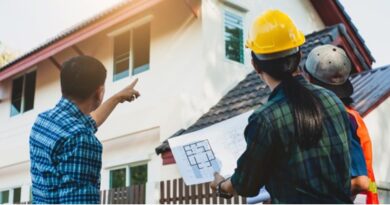 The Top 3 Qualities of a Good Building Inspector 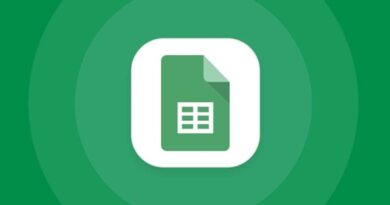 How To Wrap Text In Google Sheets? In Simple 6 Steps