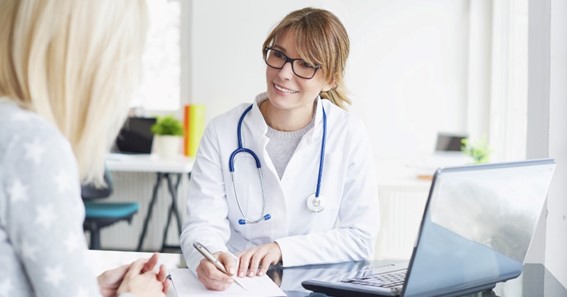 If you are a parent that is trying to figure out how to talk to your child about drugs, keep reading. This guide will show you how to get the job done with ease. It may be a challenge to talk about this.

However, it is important to let them know that drugs can be a problem if they use them (albeit recreationally). Let them know about the dangers of addiction and how addiction treatment is available for those who may be struggling. You can explain to them in basic terms about this since they may not understand some of the complex issues behind it.

If your children are at the age where a talk about the dangers of drugs is necessary, this guide will help you prepare. With that said, let’s get started.

Contents
1 Remember that you have the influence
2 Be honest and direct
3 At what age is it appropriate to talk to your kids about drugs?
4 My child is a teenager. How can I talk to them about drugs?
5 Final Thoughts

Remember that you have the influence

As a parent, you are the authority figure of your children. For this reason, you wield a considerable amount of influence. This is why it is important for you to use that to let your children know about the dangers of drugs.

Yes, your children will grow up to be adults one day and be old enough to make a ton of decisions. However, it is important for you to let them know that one bad decision can change the course of their life (and not in a good way). Now, your children may not want to listen for some reason or another.

These conversations are serious and it would be wise for them to listen to you. Because if you don’t talk about it, your children may be unaware of what drugs are out there and what can lead to addiction or even death due to an overdose.

It’s a scary topic to talk about. However, it should be an educational one at the same time. Your children will thank you later on in life. Because they may encounter someone that may be struggling with a drug problem.

Be honest and direct

When having this discussion with your children, you want to be as honest and direct as possible. This will give them a better chance to respect you and follow the rules that you have set for them. Even if they are of an early age, being honest and direct with them will help kids understand the dangers of something serious.

The earlier you discuss the issue of drugs and the dangers with them, the better. Let them know that even kids their age or slightly older may already be experimenting with drugs. Kids who are 12 years old may have already tried marijuana or even prescription painkillers for non medicinal reasons.

Know that the older they get, the more likely they’ll start experimenting with other drugs as well. 12 year olds that have done drugs may do more by the time they’ve reached high school. In one survey, 70 percent of high school seniors that started as young as 12 may have already used other drugs.

At what age is it appropriate to talk to your kids about drugs?

An ideal age range to start should be somewhere between 8 to 12 years old. Again, the younger they are, the better. You’ll want to start the conversation by asking them non judgemental, open-ended questions that may be related to drugs.

Your kids will listen even if they don’t feel like it. Give them the facts as far as you know them. If you seem to be stuck, you can do a little bit of research on the subject. At 8 to 12 years old, kids will have a willingness to have a conversation with you about serious topics.

If you two are watching a news program or have read something that is drug related, that should be a perfect start to the discussion. The conversation can start from there and you two will be able to have a long talk that will be a memorable one.

Keep in mind that one conversation may not be enough. You’ll want to remind them of the dangers of drugs from time to time. When they get older and start hanging out with friends, always ask questions about who they’re seeing, what they plan on doing, and so on.

My child is a teenager. How can I talk to them about drugs?

Teenagers are tough to crack. So it may be an even greater challenge to talk to them about drugs. To that end, you’ll want to speak to them as if you are giving them a teaching moment.

Tell them about the dangers of drugs. Plus, it’s likely that some of their friends may have already experimented with them. You will also need to talk about the legal issues that may stem from drugs.

Even at a time when marijuana is being legalized recreationally, it’s important for you to talk to them about the potential dangers that may come with it. Tell them that not all drugs will be legal. Let them know that possession of such drugs can lead to fines and jail time.

Also, let them know that using drugs can lead to addiction that can ruin lives and eventually end them. Teens may not seem like they are listening to you, but there’s a good chance deep down that they will. If you haven’t given them the talk between 8 to 12, don’t feel like a failure in the slightest.

Talking to your children about drugs doesn’t have to be a challenge. You can make it a memorable teaching moment for them so they can avoid making bad choices in the future. Instilling good values and making them aware of the dangers will be the best course of action going forward.

Make time to talk to your kids about drugs and what they need to do in order to avoid them. Talk to them about peer pressure and the consequences that may occur should they use drugs.

UAN- the support for the login